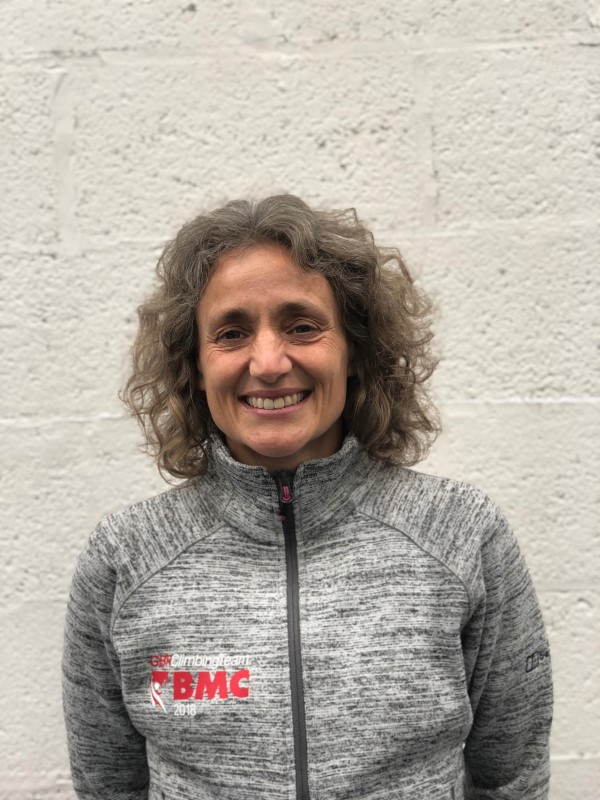 Whenever we talk about climbing the conversation inevitable turns toward issues of fear, failure and loss and how climbing exposes you to all three. To progress in climbing we learn to accept and deal with all three of these things, realising that they are a part of climbing and more so than that, they are essential parts that make the achievements we make so real. What we learn we take into our everyday lives and we find that suddenly we can achieve more in life that we ever thought possible.

Sometimes in climbing we come across stories from people who have endured more than humans are supposed to be able to endure and not only do they survive but they come back stronger than ever.

We want to focus on some of the incredible athletes that were participating in climbing events and sometimes we get inspired by athletes that break the norm. Today we want to introduce you to someone who has done exactly that, Joanna Newton from Team GB.

Joanna is something of an unsung hero in our eyes. She was a competitive cyclist and runner as well as a skilled horsewoman but she clearly had a huge attraction to the mountains, she is even a former president of the Cleveland Mountaineering Club.

In 2005 she embarked on a holiday that would change her life. With a group of friends she conquered the epic Matterhorn, nestled in between Switzerland and Italy, and followed it up with an attempt at scaling the 4,491m Täschhorn. She set off with her friend Steve Jeffs in excellent weather conditions but during the ascent the weather changed dramatically and a storm rolled over them.

They survived for two days on the side of the mountain by building a makeshift shelter and eating snow, but then things escalated even further. An avalanche hit and swept Jo over 1,200 meters down the mountain smashing her left leg below the knee. Amazingly Jo survived and managed to dig herself out while Steve abseiled down to help her.

They made a makeshift sling to support her leg and waited for help to arrive. The alarm had been raised when they didn’t return from their trip and they were rescued by a search helicopter. Jo lost most of her left leg below the knee, but she had survived!

That would be enough for most people. Most people would have called it a day, sold their mountaineering gear on ebay and spent their days recounting the story of how they survived one of nature’s most perilous wraths. Jo is not most people.

Since then Jo has spent her time training for rock climbing competitions and bringing up her son. She is now competing at the highest level, is part of Team GB and has her sights set on the Paralympic games in 2020. Her achievements are outstanding.

You can see all the results here…

What makes this all the more amazing is that Jo is 52 years old! Are you beginning to understand why we find Jo so amazing?!

The Olympic and Paralympic games in 2020 is going to be fantastic for the sport of climbing in general but for certain individuals it will be the culmination of years of hard work and determination. Jo is among those athletes and we will be cheering her on all the way!

Would you like to learn more about Rock Climbing in Catalonia?